Our 10 Year History by the Numbers
The Lake Traverse Animal Rezcue began in South Dakota in November 2010, when it was announced that there would be a ban on dogs in tribal housing. Our volunteers petitioned the Tribal Council and prevented the ban from taking place. We knew that there was a long-term need for animal rescue in the community to keep the animal population healthy and keep the number of animals under control.

The Lake Traverse Animal Rezcue’s mission is to improve the quality of life for animals on the Lake Traverse Reservation, which is located on the South Dakota/North Dakota/Minnesota borders. This includes rescuing abused, neglected and unwanted animals, providing emergency vet care, helping animals from the Sisseton City Pound, and transporting these animals to other rescue groups for re-homing. We also provide spay/neuter/vaccination services for animals that remain on the reservation.

The majority of our animals go to rescue groups in the Twin Cities, but we also have rescue partners in SD and ND. They do not go to shelters, but instead go to foster home based rescue groups. We also provide free and reduced cost spay/neuter and vaccination clinics, for animals that have great homes on the reservation and bordering communities, we provide educational resources to animal owners, and advocate for tribal laws that will better protect animals.

Although the majority of our animals are dogs and cats, we’ve also rescued quite a few horses, some rabbits, mice, guinea pigs, a donkey, a pig and a ferret.

The Lake Traverse Animal Rezcue is an all-volunteer based 501c3 non-profit rescue group.  Our board is made up of both tribal members and non-tribal members, we have volunteers  in both SD and MN. Since we don’t do adoptions ourselves, all of our income is generated through donations and fundraising. Our Federal tax ID number is EIN 27-4582954.

One of our former board members holds a dog after surgery. 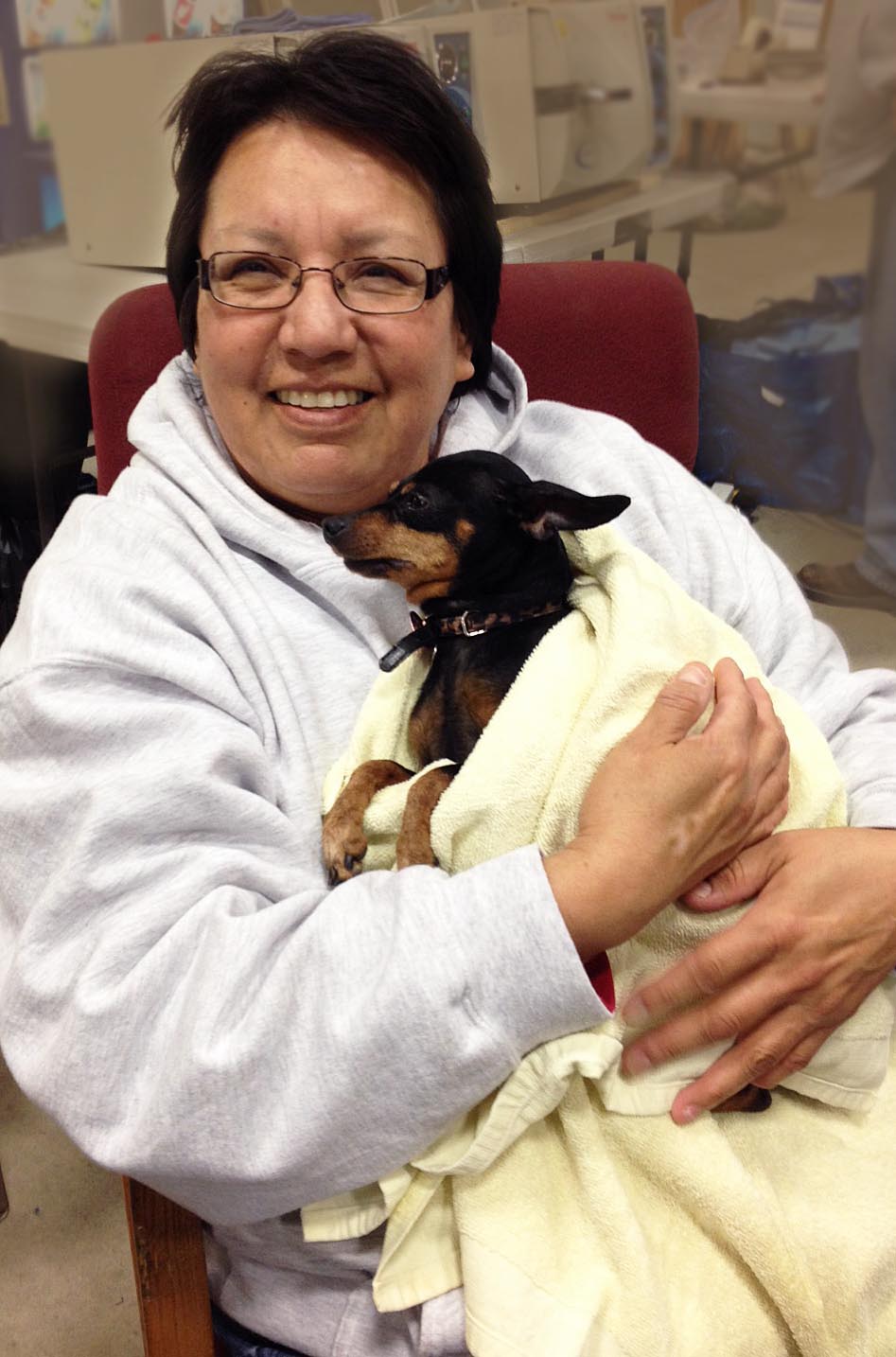